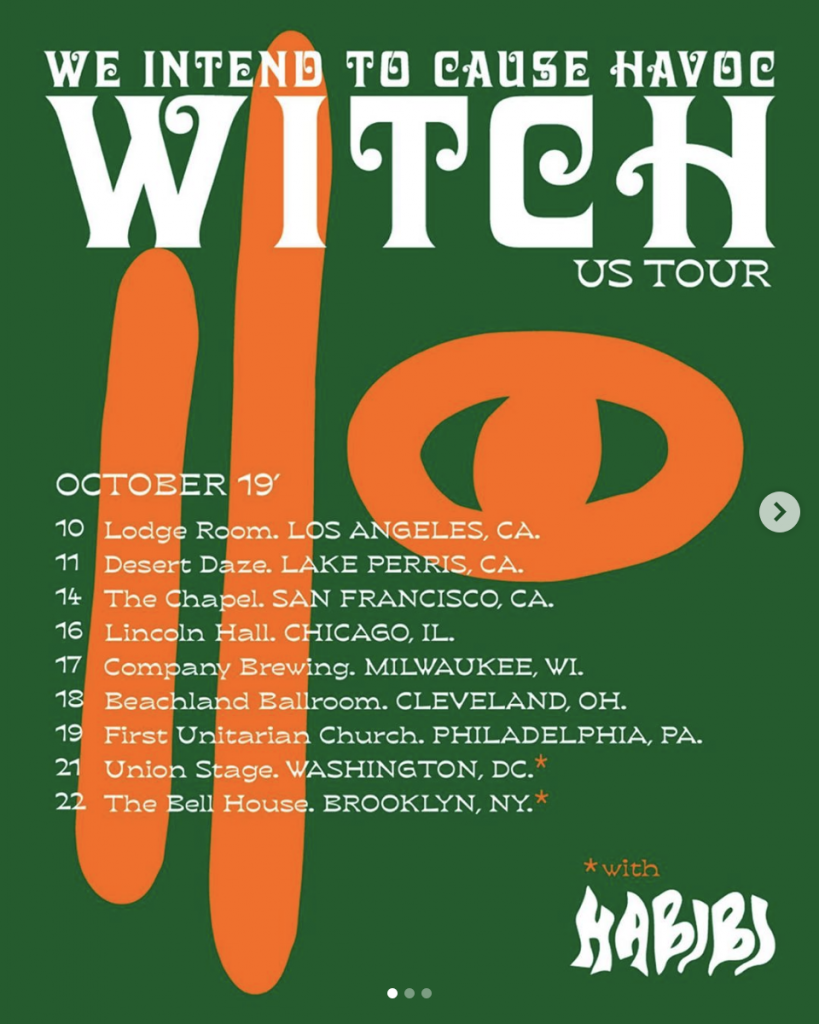 Habibi have announced tours dates in support of legendary Zamrock band W.I.T.C.H, with a NYC date at The Bell House on October 22nd.

W.I.T.C.H. (We Intend To Cause Havoc) was the first band in Zambia to release a commercial album, in 1973. Blending the Rock and Roll sounds of the Rolling Stones together with more traditional, African rhythms, they created a new genre dubbed Zamrock. During their brief, yet prolific existence, WITCH released 7 albums and was the most revered band in the country. When the 1980s rolled around tied with an economic crisis, music became a luxury few could afford, thus resulting in the end of the scene. Together with the economic crisis, the 80s brought in the AIDS epidemic, which took the majority of Zambia’s artists to the grave, leaving a very limited number of them to continue holding the Zamrock torch. Amongst these, Jagari Chanda, the WITCH’s lead singer, who in the meantime found God and started working in a gemstone mine. In 2012, his music was rediscovered and reissued, bringing outside of Africa for the first time ever. In 2016, Dutch musicians Jacco Gardner and Nic Mauskovic followed a documentary crew that was filming the WITCH’s story in Zambia and played a gig with Jagari, reviving songs that hadn’t been heard live in more than 40 years. A few years after this initial concert, they met again in Europe and toured the continent twice to enthusiastic crowds and sold out shows in the majority of places they went.