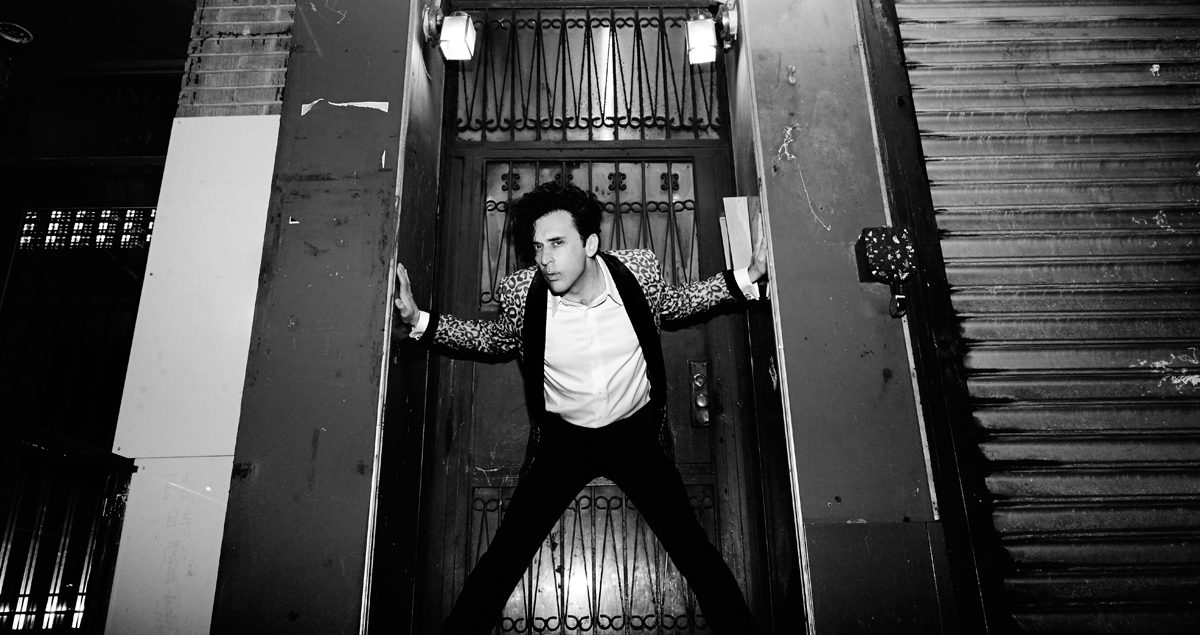 Back from a couple of years on the road, one of the 21st Century’s most iconic parties, New York Night Train Soul Clap and Dance-Off becomes a monthly NYC party once again. Jonathan Toubin has joined forces with Elsewhere proprietors, Rami Haykal and Jake Rosenthal (previously of Glasslands, the Soul Clap’s first home) to throw his legendary party every third Saturday of the month.

After a selling out the 1000+ capacity venue with its kick-off party last month, the Soul Clap is back on February 17th. A first-rate array of touring and local performers will open the night.

Every month, the Soul Clap features three rooms of bands and DJs, a 60s soul vinyl dance with Jonathan Toubin and the New York Night Train Shadow Dancers, and the Midnight $100 Dance Contest.

For this edition, Toubin invites “surf noir” Seattle band La Luz to headline the main stage. The all girl band have honed their frenzy-inducing live show touring their Ty Segall-produced 2015 LP ‘Weirdo Shrine.’ Stage-dives and crowd-surfing have grown to be as indelible a part of the La Luz live experience as their onstage doo-wop-indebted dance moves.

Even though they may sound more like some lost outfit from the depths of mid-sixties Texas than a bunch of scruffy kids from the streets of 21st Century Brooklyn, The Mystery Lights combine relentless enthusiasm, and a knack for a hook into an all-action rock ‘n roll combo for the here and now.  The Wick-Records-(Daptone’s rock imprint)-signees will bring their blazing charisma to the stage: “Like Charles Bradley and Sharon Jones before him, [lead singer Mike Brandon] performs with a power and vigor that keeps him undeniable” (Pitchfork).

Venturing outside of the city where she hosts regular parties at The Standard’s Le Bain, and the Wythe Hotel, DJ Nelleke will spin all vinyls in Elsewhere’s Zone One room. With her unique 90s-club0-kid style game Nelleke not only has her own show on Know Wave Radio, she also regurlary throws parties for the likes of DKNY, Purple Magazine, and Refinery29.

A founding member of Village People, and the Soul Clap’s special guest DJ, Cowboy Randy Jones will pick the tunes for the midnight dance-off. Bodega and Jane Church will open the night in the front room. The legendary New York Night Train Soul Clap & Dance-Off started out on the 3rd Saturday of each month at Glasslands in 2007, moved to the Brooklyn Bowl in 2012, and settled in at Market Hotel in 2016 just before the venue’s closure left the party without a home. While the Soul Clap occurred nearly every week somewhere in dozens of markets internationally in the last couple of years, the world’s most popular and prolific touring soul party only reared its head in its home turf for large events such as last March’s 10th Anniversary Revue with Irma Thomas, Archie Bell, et al, or July’s Madison Square Park edition with Ural Thomas.

Tickets for the Soul Clap only available here. ($10)