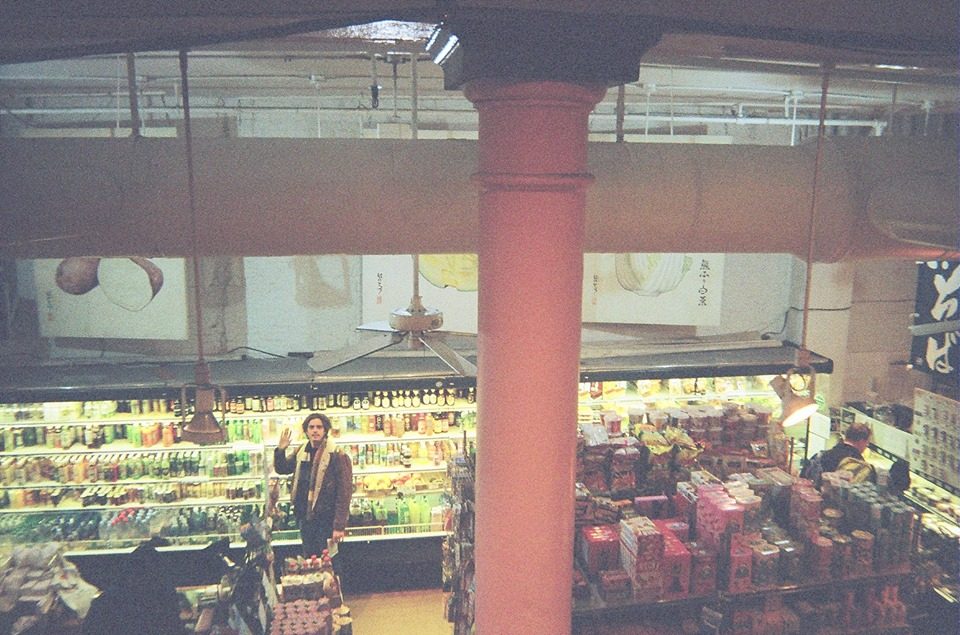 Today, Pow Pow Family Band release their debut LP ‘All Right’ via  Modern Sky USA. The band will perform at the Park Church Co-Op, tomorrow February 10th, 2018, to celebrate the release. Joining them are record label-mates Cotillon and Navy Gangs. Tickets for the show available here.

“A dreamy, vulnerable beauty that you’ll want to hear over and over again.”
– Wonderland

“It’s obvious that Pow Pow Family Band have their finger on the pulse of executing tasting and accessible classic rock with a hint of garage.”
– IndieShuffle

“This chill album is perfect for a rainy day that inexplicably makes you feel happy.”
– Breakthru Radio

“Blending keyboards, echoing guitar, and french horn into an album that makes the disparate feel coherent and shows us that things are, in fact, all right.”
– AdHoc

“Wonder where Adam Green and Kimya Dawson style of anti-folk disappeared to?  Well, be not dismayed.”
– AudioFuzz

“With a mix of old and new, Pow Pow Family Band brings a sense of serenity”
– POND Magazine “If this isn’t nice then what is?” bids Miles Robbins with his debut record ‘All Right,’ a collection of ten saccharine pop songs, wavering between offbeat satire and ultra-personal tunes written at Brown University, in Robbins’ home Providence, RI.

Pow Pow Family Band came into existence as Miles and classmate Nara Shin bonded over the release of LCD Soundsystem’s “This is Happening” (from which the name Pow Pow derives) and began playing shows in living rooms, basements, diners and warehouses. One summer, Robbins, Shin, and their new expanding circle of collaborators, including producer/multi-instrumentalist Gabe Wax (The War On Drugs, Beirut, Strand of Oaks), escaped the city for a barn-turned-recording-studio in upstate New York. For a month, the group played, cooked, swam, built fires, traded off instruments, and as the warm season came to an end, ‘All Right’ was born.

All throughout the process of creating ‘All Right,’ the aforementioned Kurt Vonnegut quote “If this isn’t nice then what is?” pulled together Robbins’ various influences – Murakami, Hiroshi Inagaki’s Samurai Trilogy, psychedelic biophilia – into a tight narrative collection of fleeting, sonically diverse moments recalling Wilco or Elephant Six pop psychedelics. The album itself touches on the realization of how wonderful it is to have had something to lose. “An optimistic story of loss” as Miles puts it, comparing the deprivation of love to the misplacing of a mythical beast, “I found the Loch Ness monster, and although I lost her / Still I know that there is a monster, somewhere there’s a monster.”

Miles’ musical upbringing started ways ahead of this first offering. Hailing from an artistic family – his grandfather, Gil Robbins, was a member of legendary folk group The Highwaymen – Miles grew up with Woody Guthrie and the Beatles playing in the background. His first creative inspiration came from an awkward childhood heartbreak. “When I was eleven I broke my right arm and my date to the 5th grade dance bailed on me for some other eleven year old,” recalls Robbins. “I had access to two fingers sticking out of the cast and realized that they were enough to play the bass guitar and start writing songs.”

The Pow Pow Family has since expanded into full on musical tour de force with dozens of members rotating in and out of the ever-changing lineup. Even the instruments themselves vary from night to night, ensuring that you’ll never see the same show twice.

“If this isn’t nice then what is ?” Lend them an ear and let’s find out. ‘All Right’ is out today via Modern Sky USA.